In Greek mythology, Ino was the daughter of Cadmus and Harmonia. She was the sister of Agave, Semele, and Autonoe. Ino married King Athamas of Orchomenus. Athamas married Ino after tiring of his first wife Nephele. Upon hearing that Athamas was taking another wife, Nephele complained bitterly to Hera about Athamas' infidelity.

One year the crops went bad and the famine hit Orchomenus hard, so Athamas sent messengers to the Delphi Oracle to see what could be done to stop the famine. Ino secretly bribed the messenger to come back with the message that Athamas must sacrifice his son by Nephele, Phrixes. Ino did this out of her selfish desire to see one of her two sons with Athamas, Learchus or Melicertes, receive the kingdom at Athamas' death. Athamas had Phrixes on the altar and was about to sacrifice him when a golden ram appeared by the altar. Phrixes and his sister Helle climbed on the ram's back and they flew towards the east.


As the ram was going over the straits between the northern Aegean and the Propontis, Helle fell off of the rams back into the straits below and that is why that spot is still called Hellespont. The ram kept flying until it reached Colchis in the land of Aea at the eastern end of the Black Sea. Here, Phrixes sacrificed the ram to Zeus or Poseidon to show his appreciation for being delivered from Ino's vengeance. Phrixes gave the skin to Aeetes, the king of Aea. This is one story of the origins of the Golden Fleece that Jason is sent to retrieve for Pelias.
Later, Ino raised Dionysus, her nephew, son of her sister Semele, causing Hera's intense jealousy.As punishment Hera drove Athamas into a murderous rage and he slew his son, Learchus. 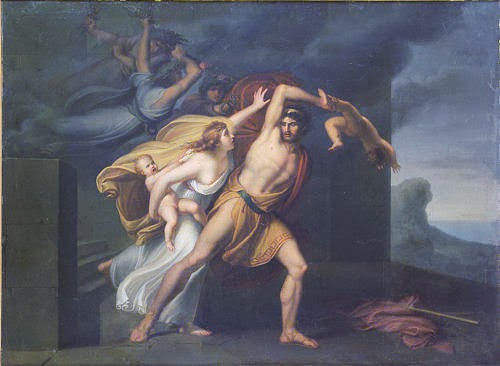 To escape him Ino threw herself into the sea with her son Melicertes. The pair were welcomed into the company of the marine gods and renamed Leucothea (the White Goddess) and Palaimon. Leucothea was a sea goddess who aided sailors in distress.

Another version of the story has Hera afflicting both Ino and Athamas with madness. Ino boils Melicertes in a cauldron, than picks up the cauldron and flees. Then she jumps over the cliff with the cauldron still in her arms. The madness caused within Ino's house can be attributed to her association with Dionysus. It seems that no one can escape the effects of being around Dionysus. People who resist him are turned mad in fits of Bacchae madness, and people who follow him are also afflicted with the madness.

1 :-In Greek mythology Coronis was a princess of the Thessalian,  daughter of Phlegyas. Coronis was one of Apollo's lovers. Coronis was pregnant with Apollo’s child, she strangely did not care for her divine lover, but gave in to the advances of a Ischys, son of Elatus. She did not consider that Apollo, The God of Truth, could never be deceived.

Apollo was informed of this by a white crow, which he had set to watch her. Apollo was angry that the bird had not pecked out Ischys' eyes as soon as he approached Coronis, flung a curse upon it so furious that it scorched its feathers, which is why all crows are black.  According to other version, by his own prophetic powers, Apollo came to know about Coronis affair.
Apollo sent his sister Artemis to kill Coronis. Artemis accordingly destroyed Coronis in her own house at Lacereia in Thessaly, on the shore of lake Baebia. According to other version, it was Apollo himself who killed Coronis and Ischys. When the body of Coronis was to be burnt, Apollo, or, according to others, Hermes, saved the child (Asclepius) from the flames, and carried it to Cheiron, who instructed the boy in the art of healing and in hunting. Hermes then brought her soul to Tartarus. According to some versions, Coronis was set among the stars as Corvus, the crow.

2 :-In Greek mythology, Coronis was the daughter of King Coronaeus of Phocis. She was a beautiful princess and was wooed by many man.  One day Poseidon (sea god) saw her on the shore and fell in love with her.

Poseidon tried to seduce her, but she fled his advance and cried for help to gods and men. Athena, goddess of war, came for her aid and transformed her into crow.

3:- In Greek mythology, Coronis was one of the Maenads (Maenads were the female followers of Dionysus) who was raped by Butes of Thrace.

Dionysus made the offender throw himself down a well. 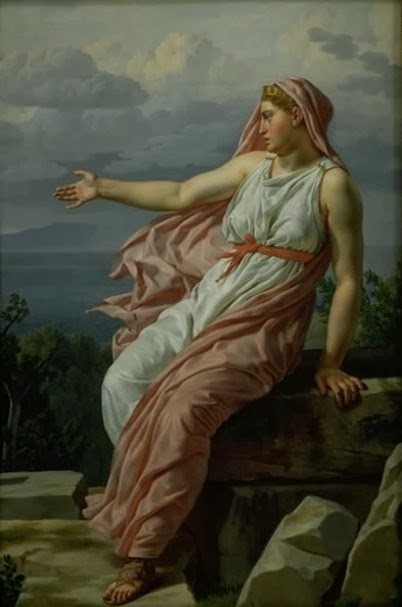