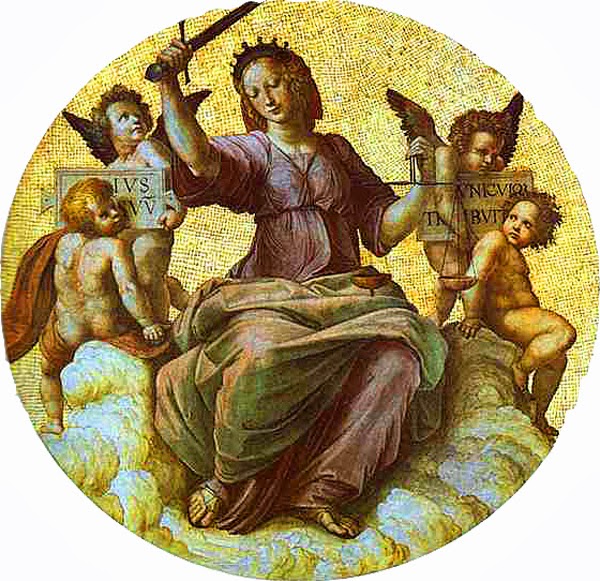 Themis was Titan daughter of Uranus and Gaea. She was goddess of divine law and order- the traditional rules of conduct first established by the gods. She was also a prophetic goddess who presided over the most ancient oracles including Delphi.In this role, she was the divine voice who first instructed mankind in the primal law of justice and morality, such as the precepts of piety, the rules of hospitality, good governance, conduct of assembly and pious offerings to the gods.

Themis was married to Zeus, by whom she became the mother of the Horai, Eunomia, Dice, Eirene and the Moerae . Themis was often represented seated beside Zeus throne advising him on the precepts of divine law and rules of fate.