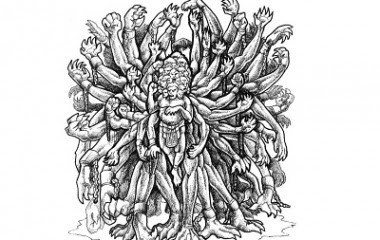 In Greek mythology, Epione was described as the goddess of soothing of pain. Epione was the wife of Asclepius (god of  the medical art).

In Greek mythology, Iaso was described as the goddess of recovery. She was the daughter of Asclepius and Epione, sister of Aceso, Hygieia, Panacea, and Aegle.

In Greek mythology, Aceso was described as the goddess of healing process. She was the daughter of Asclepius and Epione, sister of Iaso, Hygieia, Panacea, and Aegle.

In Greek myhtology, Pyrrha was described as the daughter of Epimetheus and Pandora and wife of Deucalion.
When Zeus decided to end the Bronze Age with the great deluge, Deucalion and his wife, Pyrrha, were the only survivors. Even though he was imprisoned, Prometheus who could see the future and had foreseen the coming of this flood told his son, Deucalion, to build an ark and, thus, they survived. During the flood, they landed on Mount Parnassus, the only place spared by the flood.

Once the deluge was over and the couple were on land again, Deucalion consulted an oracle of Themis about how to repopulate the earth. He was told to throw the bones of his mother behind his shoulder. Deucalion and Pyrrha understood the "mother" to be Gaia, the mother of all living things, and the "bones" to be rocks. They threw the rocks behind their shoulders, which soon began to lose their hardness and change form. Their mass grew greater, and the beginnings of human form emerged. The parts that were soft and moist became skin, the veins of the rock became people's veins, and the hardest parts of the rocks became bones. The stones thrown by Pyrrha became women; those thrown by Deucalion became men.