Pontus a personification of the sea, is described in the ancient cosmogony as a son of Gaea (without sweet union of love) and as the father of Nereus, Thaumas, Phorcys, Ceto and Eurybia, by his own mother (Gaea). By Thalassa, his female counterpart, Pontus sired the fish and other sea creatures. 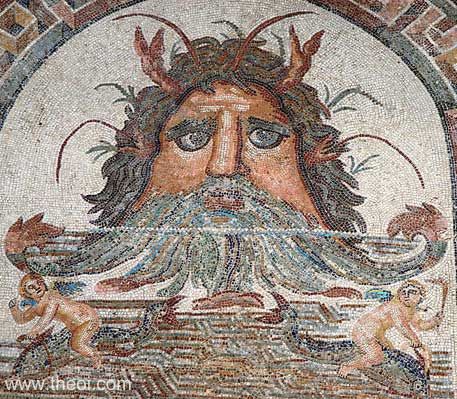 In Roman mosaic he appears as a giant head rising from the sea adorned with a watery-gray beard and crab claw horns. Pontus and Thalassa were completely superseded by Poseidon and Amphitrite in classical art and myth.