1:-In Greek mythology, Tantalus was the king of Sipylus in Lydia (or of Phrygia) and described as the son of Zeus and the nymph Plouto. Tantalus was married to Dione2 or Euryanassa or Eurythemista and was the father of Pelops, Niobe and Broteas. Tantalus was frequently invited to Mt Olympus (heaven) by Zeus, to dine with gods, as Tantalus had become one of the  favorites and most intimates of Zeus.

There Tantalus misbehaved, and stolen ambrosia and nectar, the food of the gods, and gave them to mortals, or revealed the secrets of the gods, he had learned in Mt Olympus to moral. According to other version, Tantalus offended the gods by killing his son Pelops and serving him to them, in order to test their power of observation. The gods became aware of the menu, so they did not touch the offering; only Demeter, distraught by the loss of her daughter, Persephone (Abduction of Persephone), absentmindedly ate part of the Pelops's shoulder. Clotho, one of the three Fates, ordered by Zeus, brought the boy to life again, rebuilding his shoulder with one wrought of ivory made by Hephaestus and presented by Demeter. The revived Pelops grew to be an extraordinarily handsome youth. The god Poseidon took him to Mount Olympus to teach him to use chariots. Later, Zeus threw Pelops out of Olympus due to his anger at Tantalus. 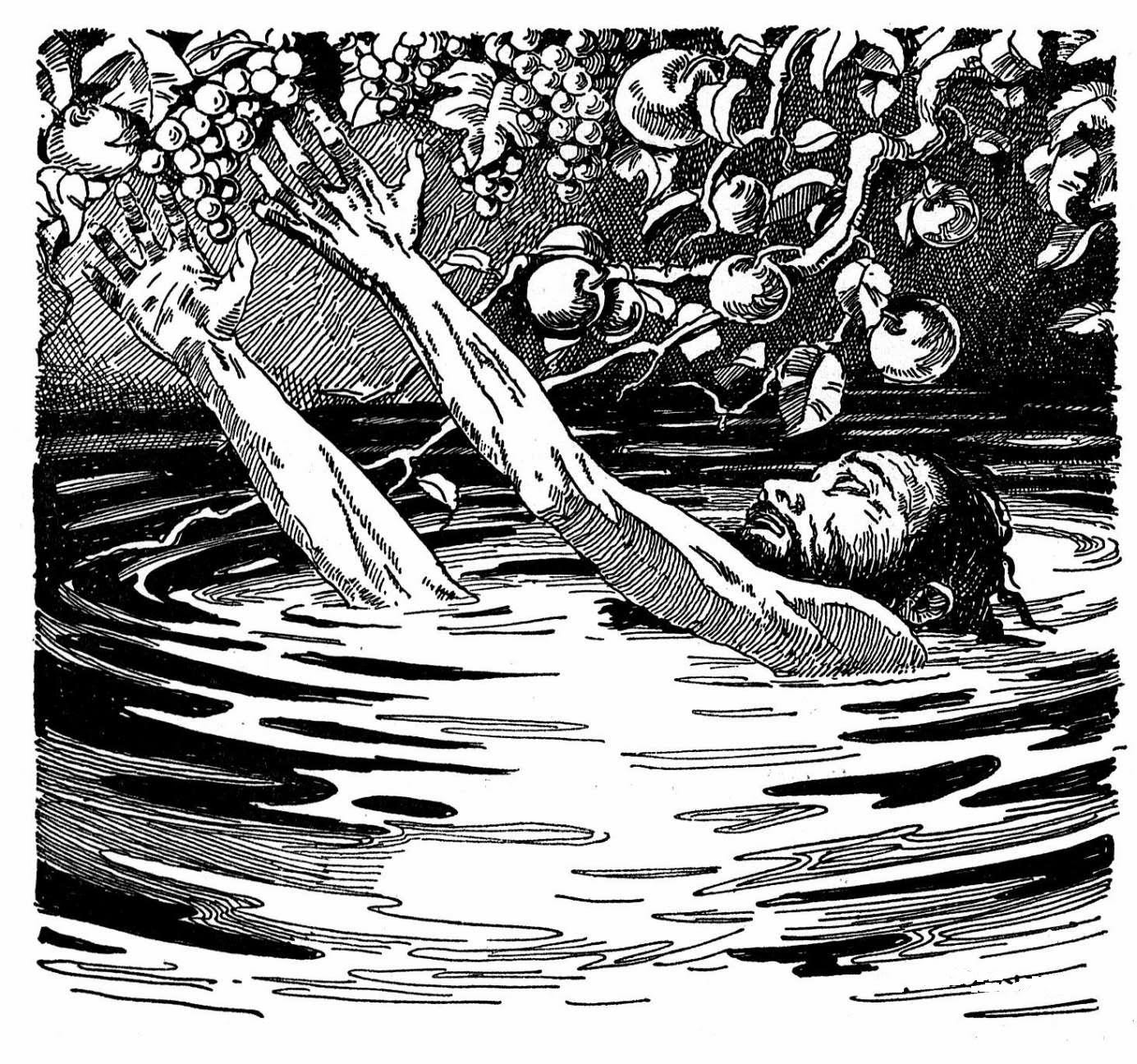 Tantalus was most famous for his eternal punishment in Tartarus (underworld). Tantalus stood up to his neck in water, which flowed from him when he tried to drink it; over his head hung fruits that the wind wafted away whenever he tried to grasp them.


3:- In Greek mythology Tantalus was the son of Thyestes, who was murder by his uncle Atreus, and fed to his unsuspecting father.