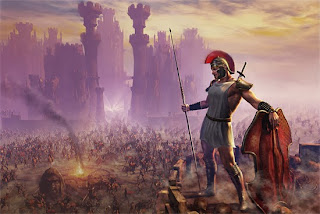 In Greek mythology, Phobos is described as the son of Aphrodite and Ares, and twin brother of Deimos (terror). Phobos was described as the personification of fear. In Greek mythology, Phobos is more of a personification of the fear brought by war and does not appear as a character in any myth. He was known for accompanying Ares into battle along with Enyo, Eris, and Deimos (terror).