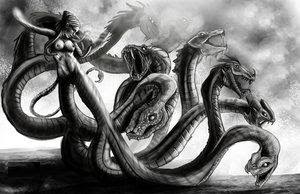 In Greek mythology, Campe (or Kempe) was described as a half-dragon with a beautiful woman's head and upper body and a scorpion-like tail. In some versions, Campe was described as the daughter of Gaea (earth) and Tartarus. Campe was the most loyal servant of Cronus, leader of the Titans. 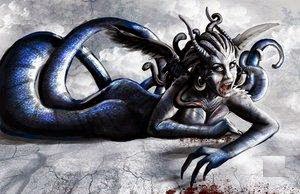 Cronus tasked Campe with guarding the Hekatonkheires and the Cyclopes in Tartarus. She was killed by Zeus when he rescued the Cyclopes for help in the battle with the Titans.